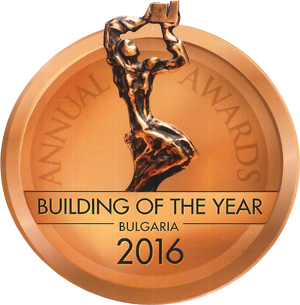 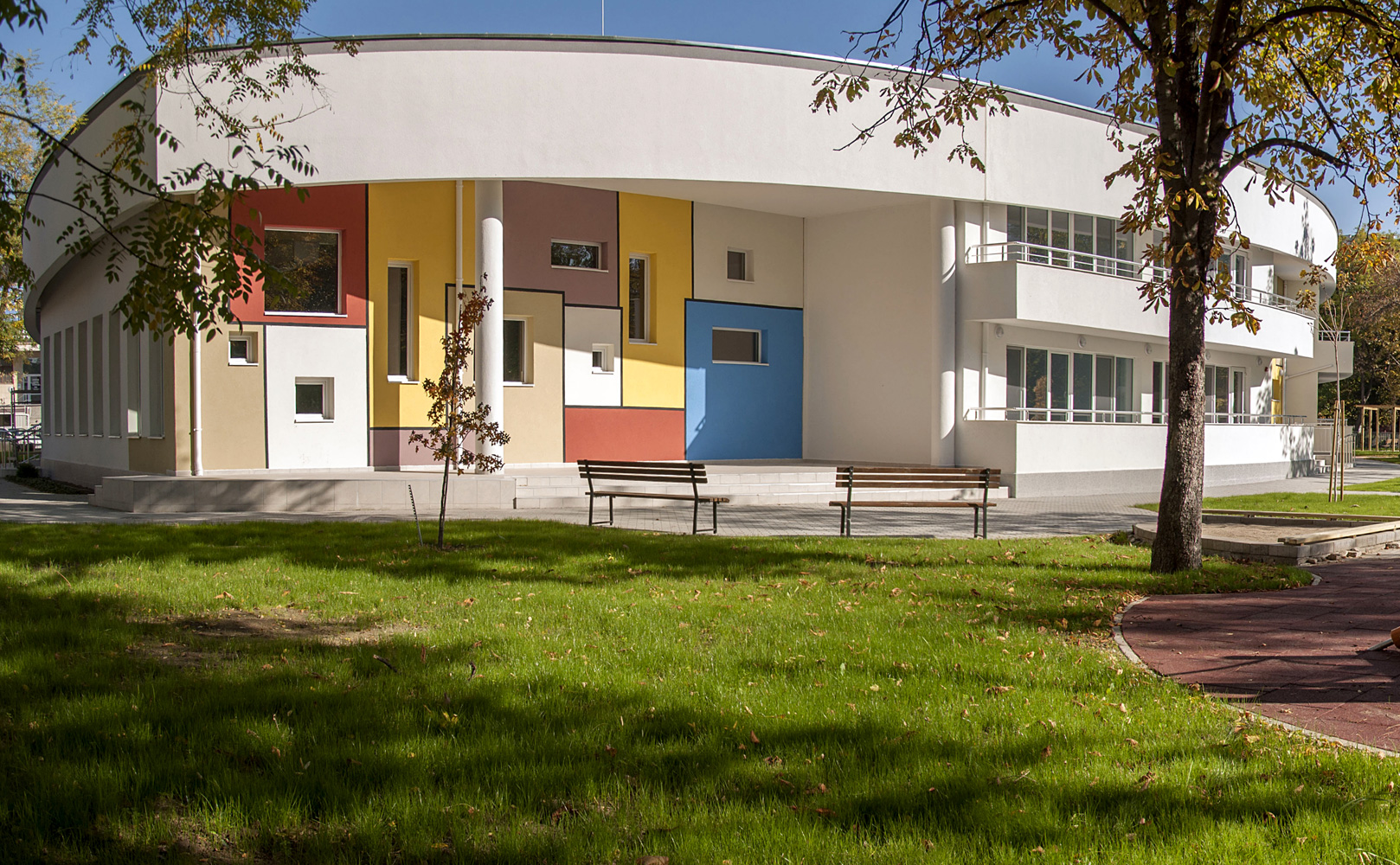 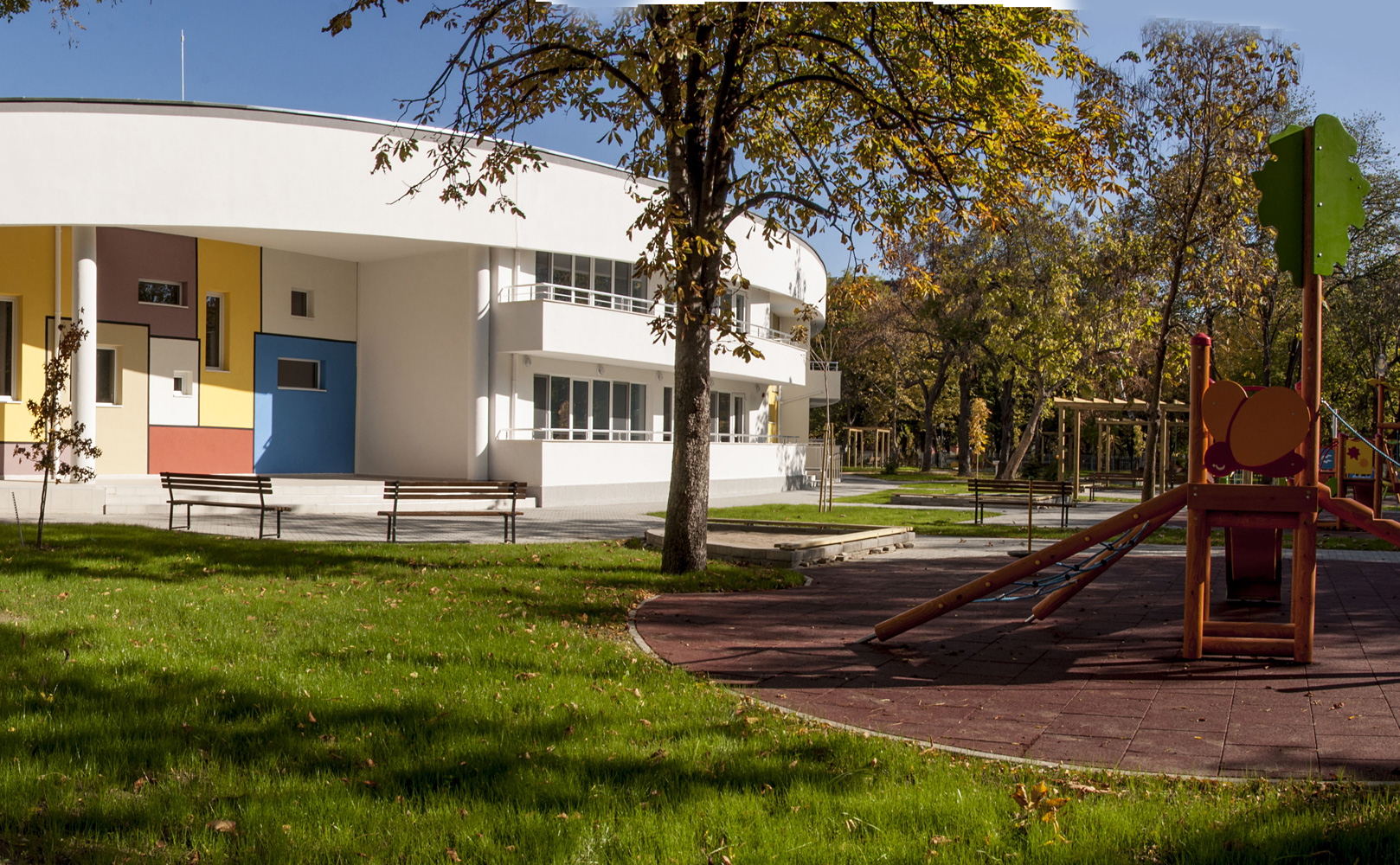 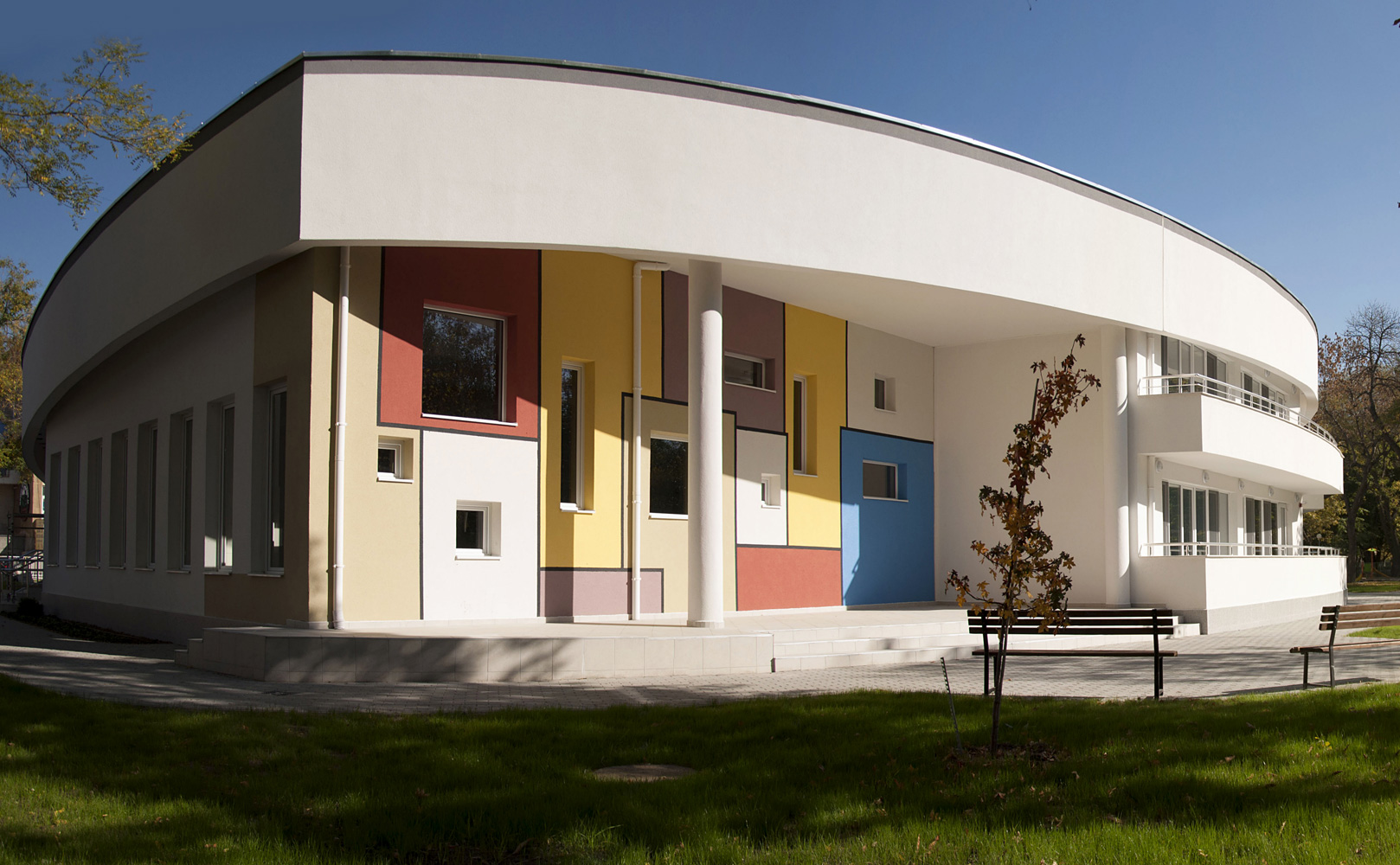 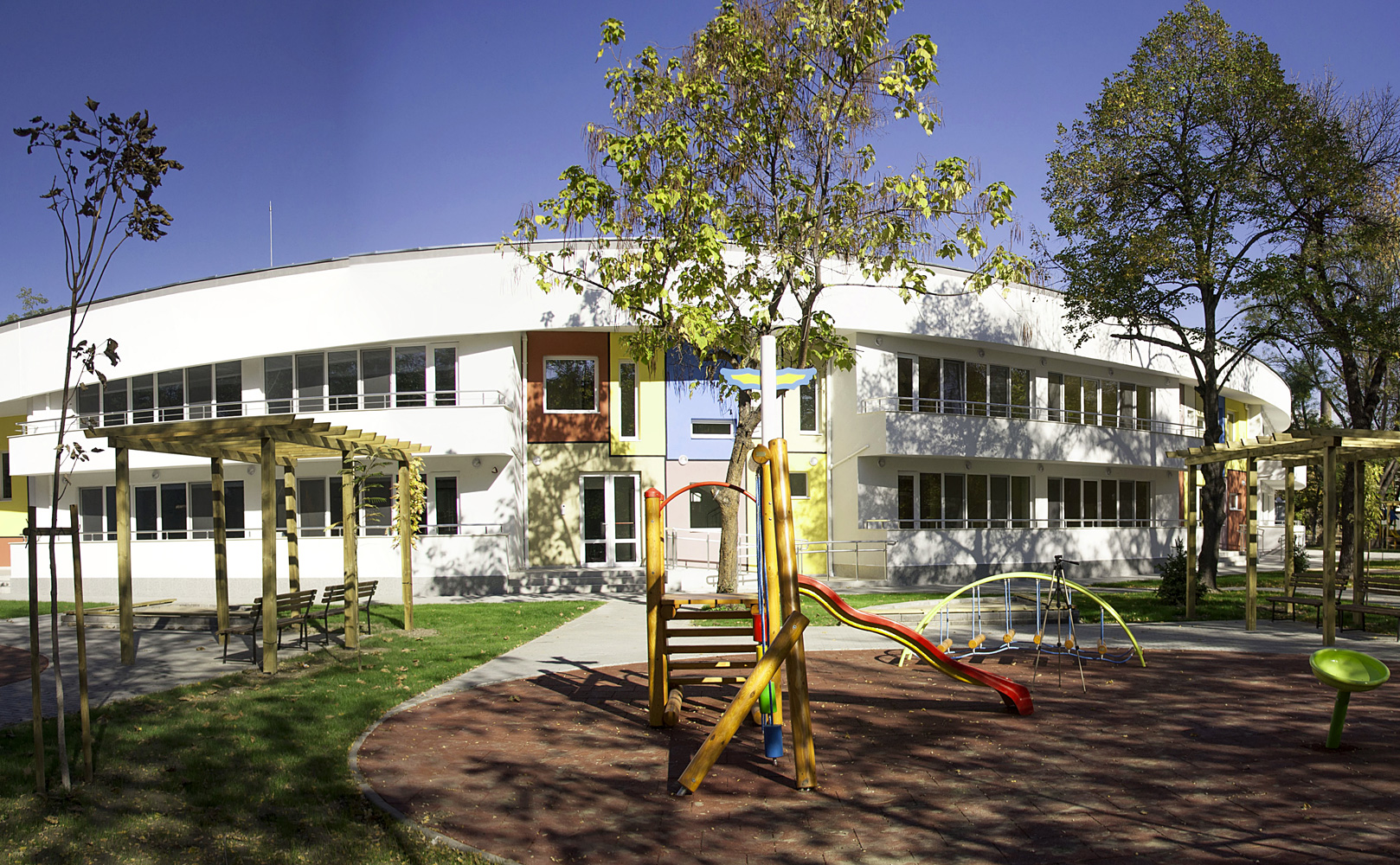 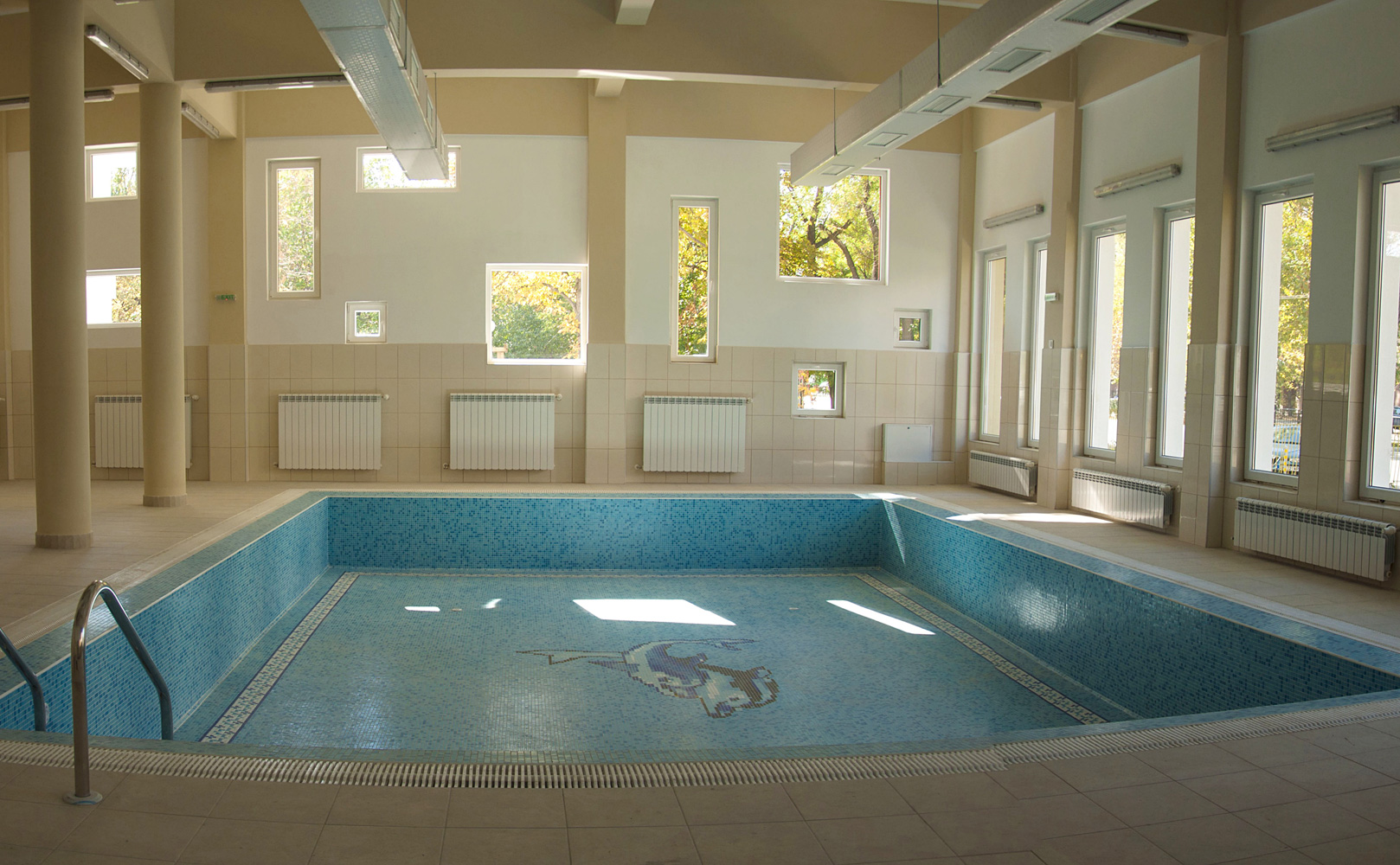 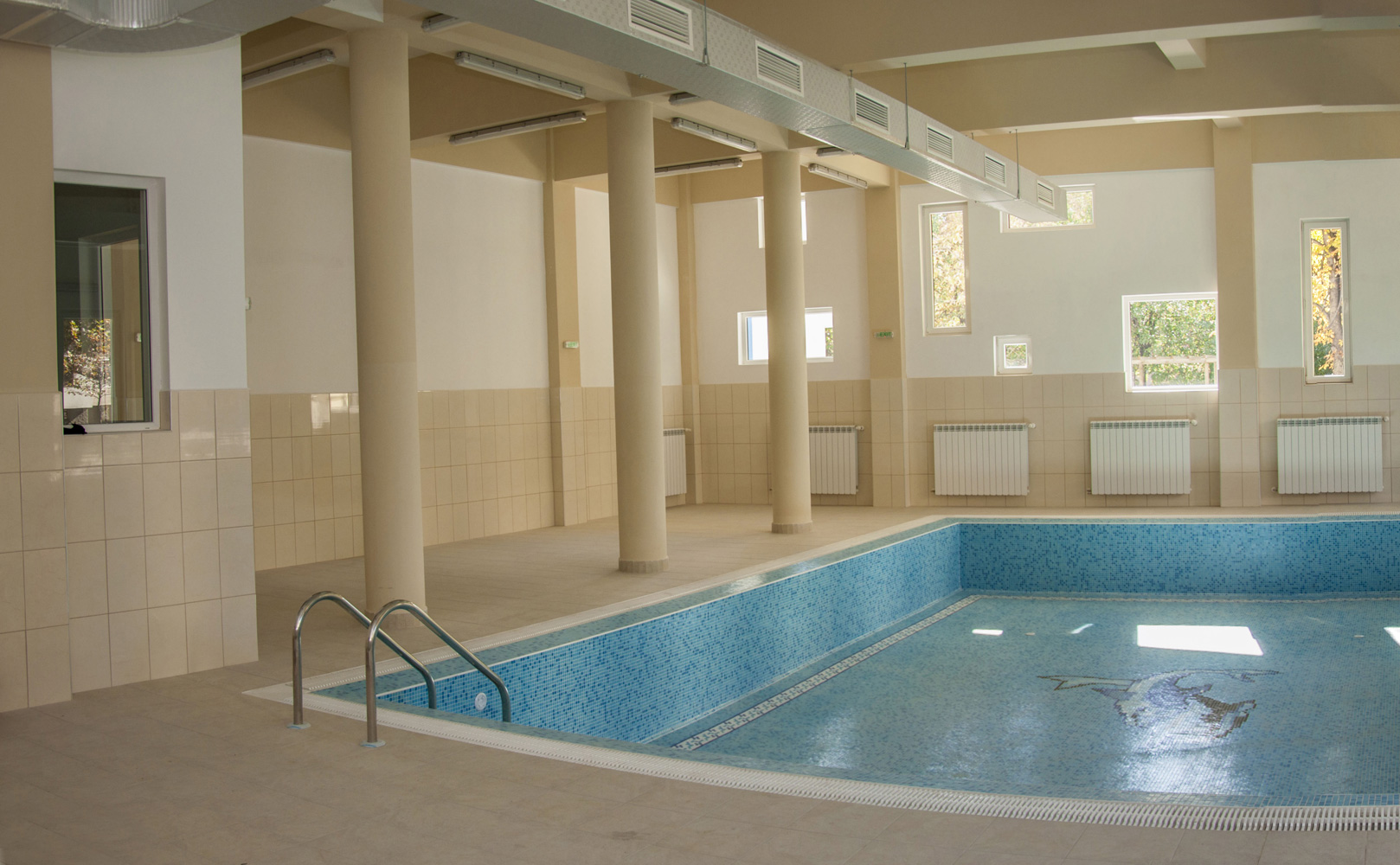 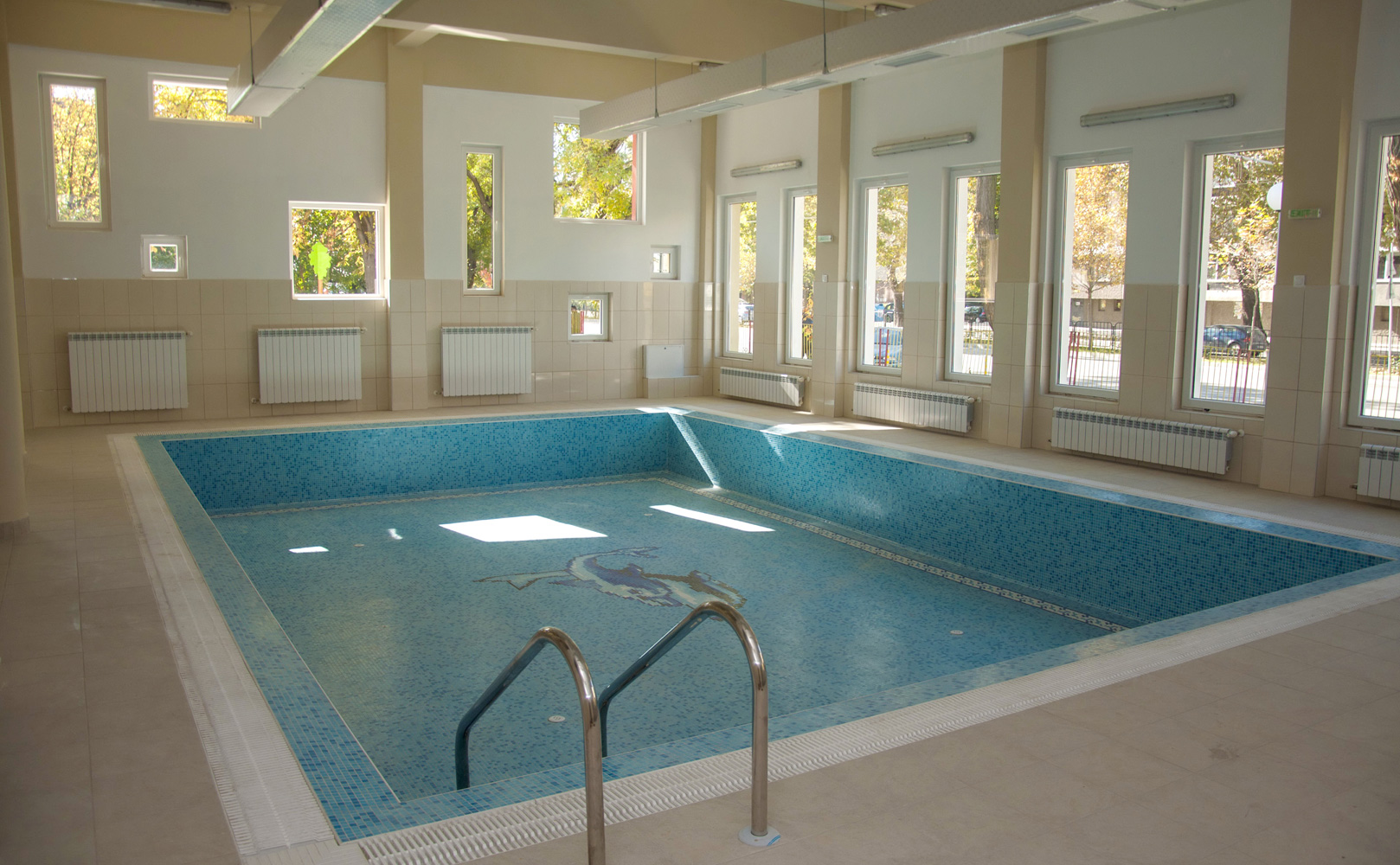 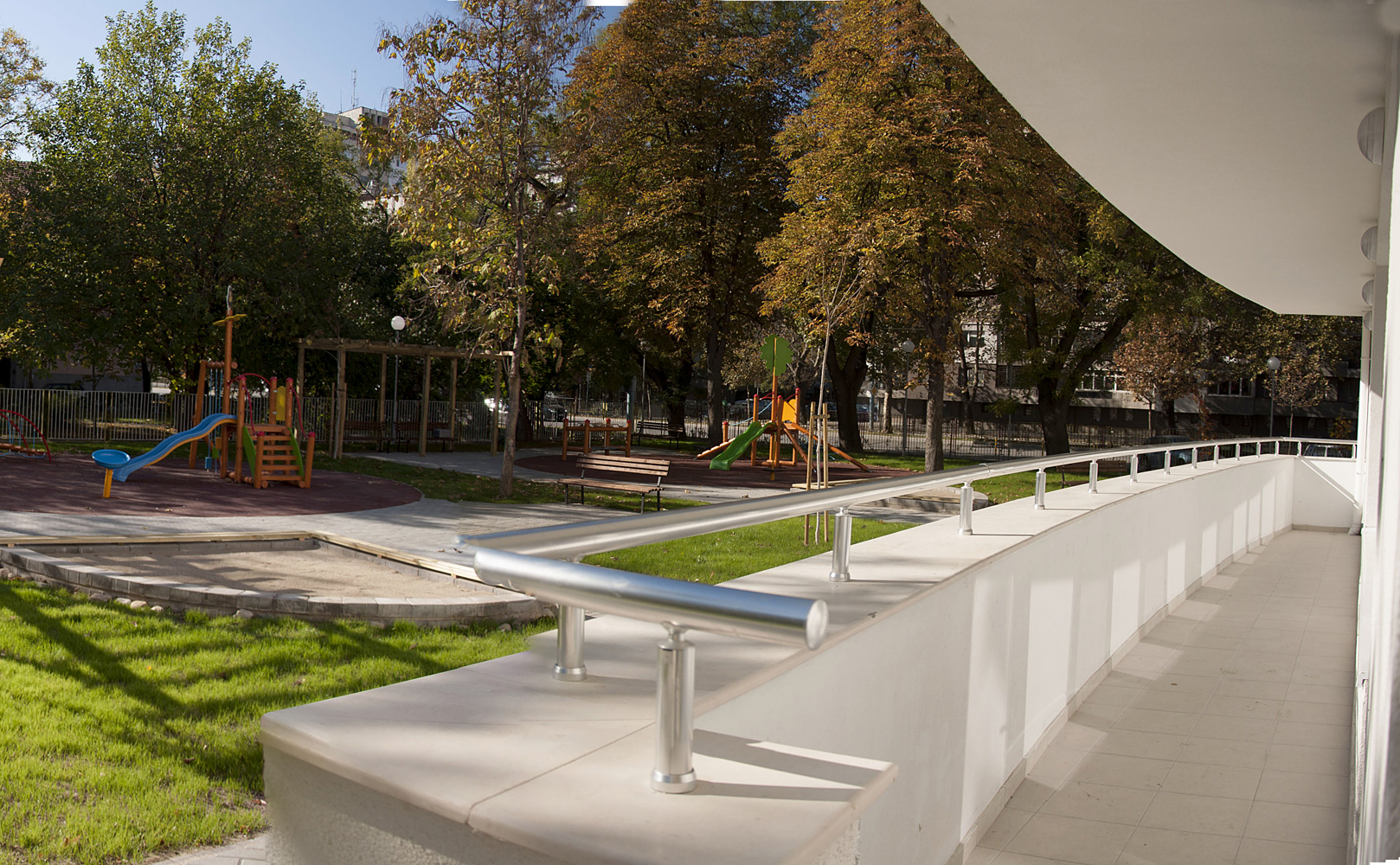 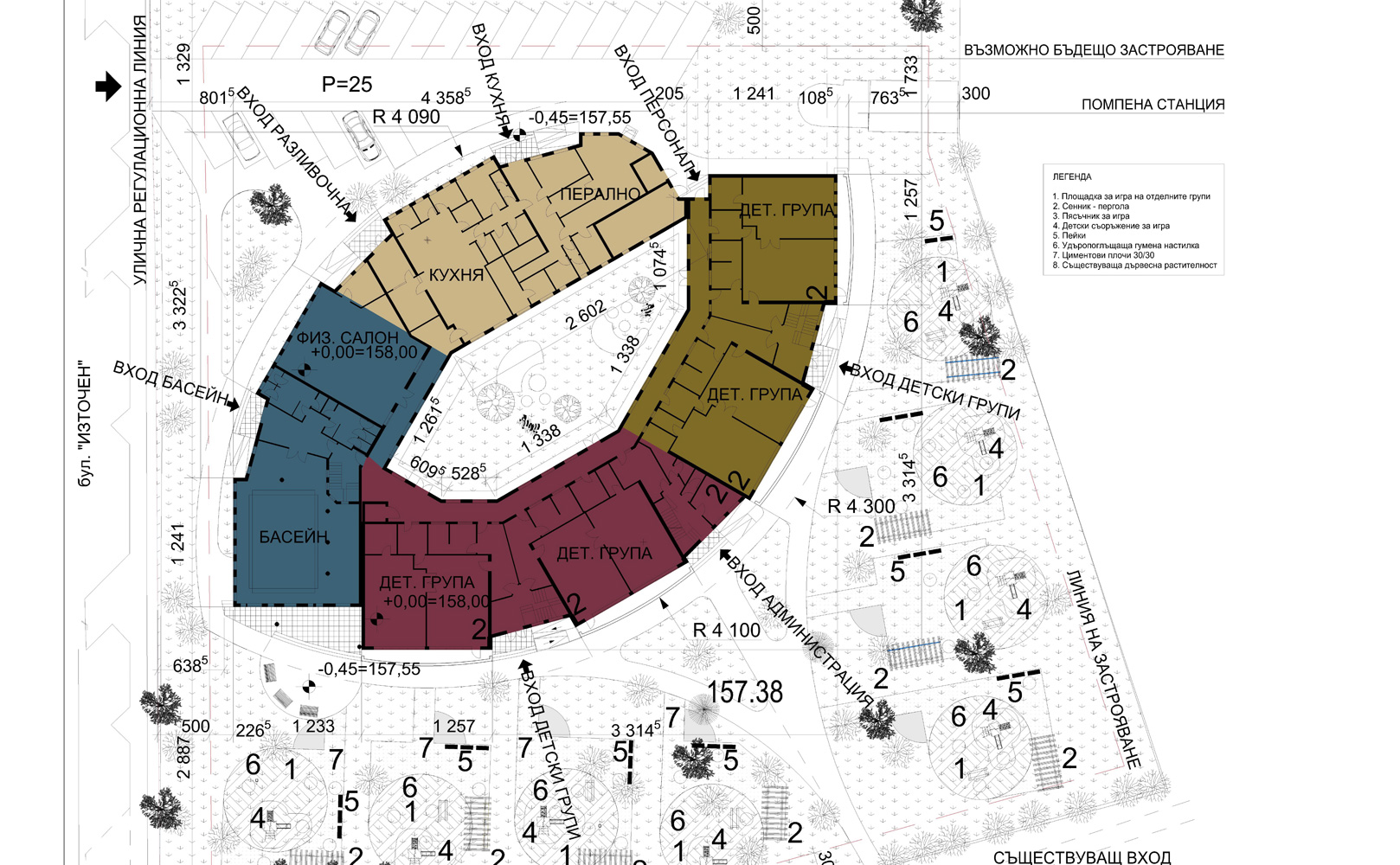 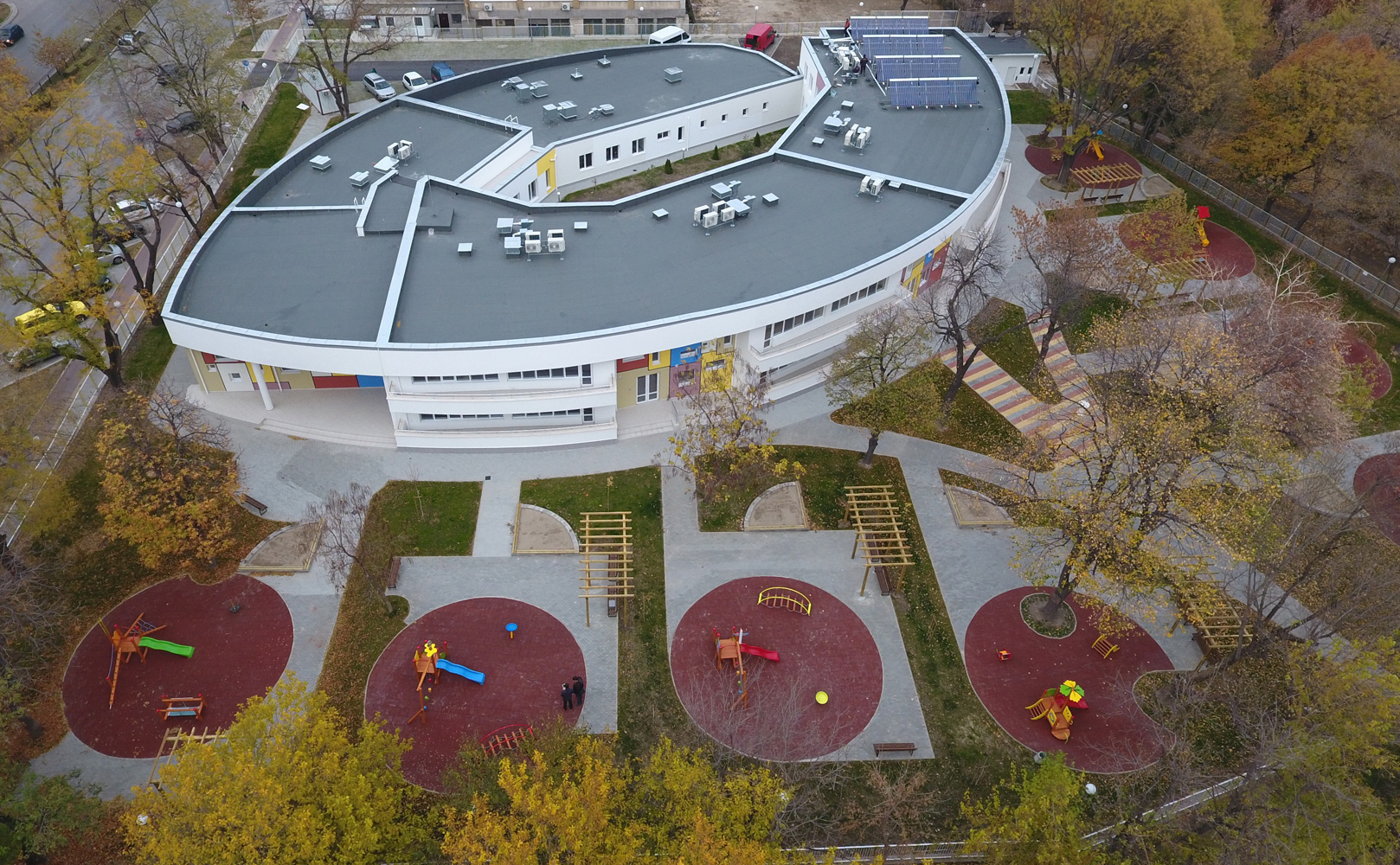 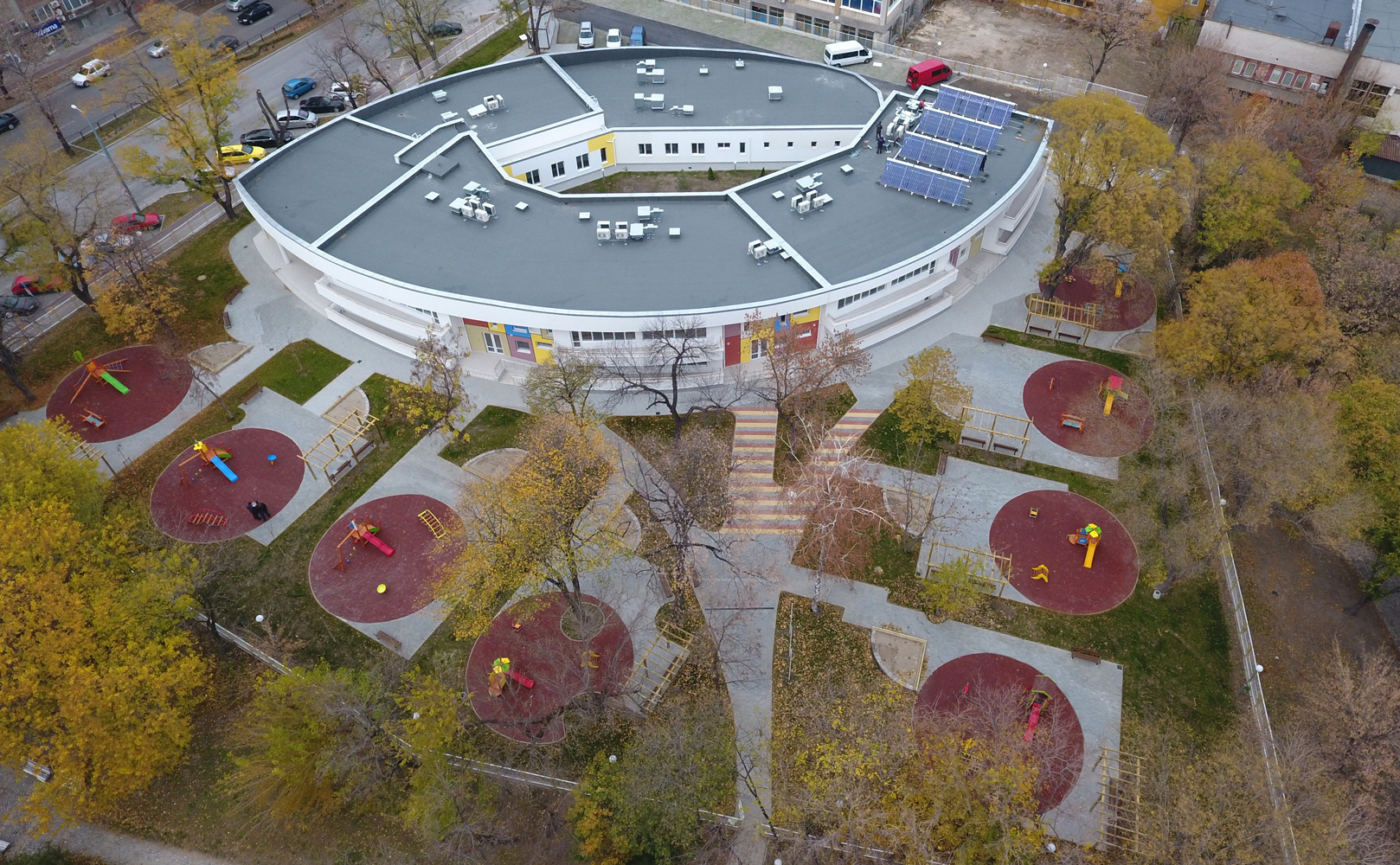 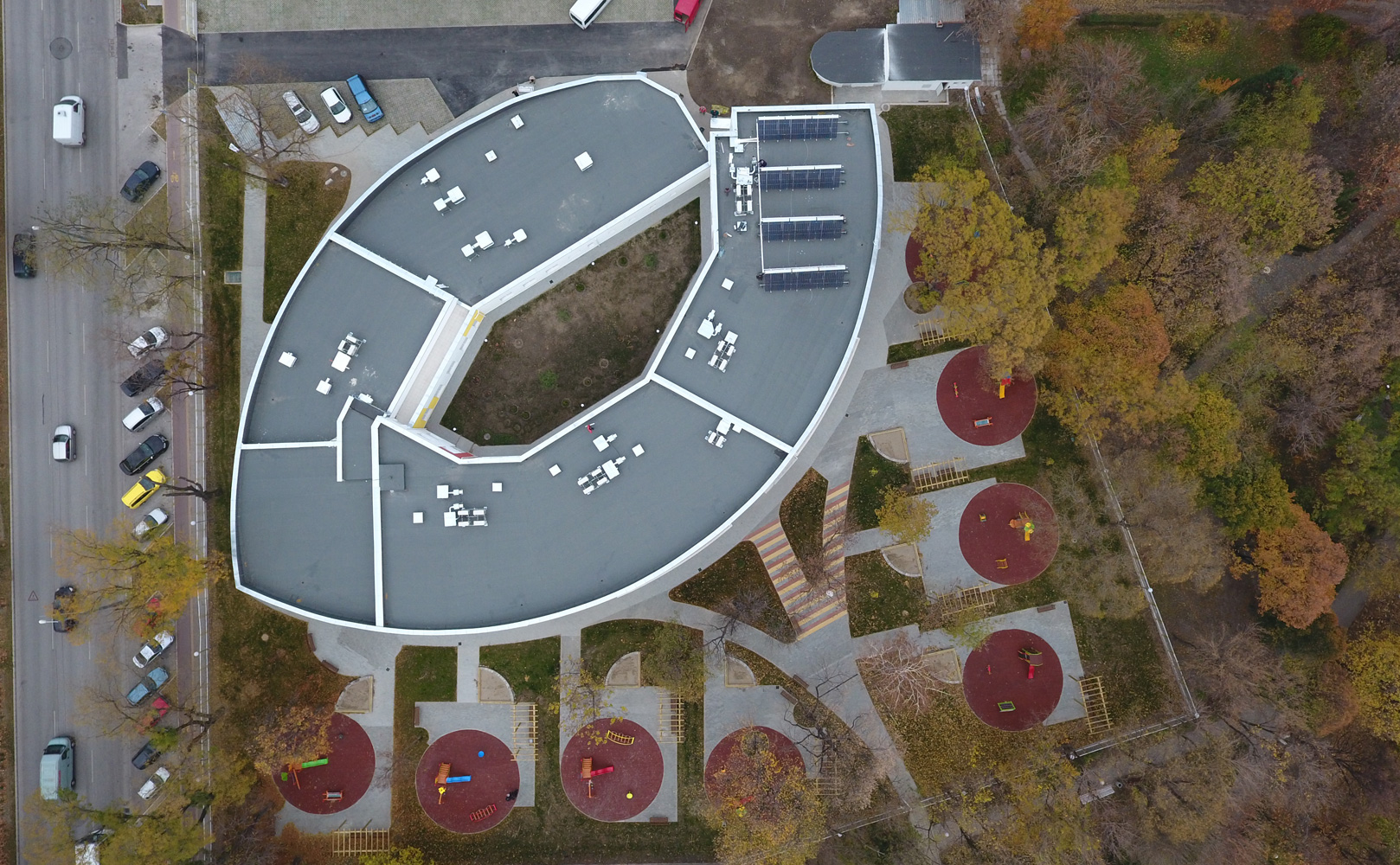 By decision of the Town National Council of Plovdiv in 1947 a construction of a sanatorium kindergarten for two groups of children with lung problems begins at the eastern end of the city. The size of the yard is 8 acres and it is surrounded by orchards and vegetable gardens. Subsequently, the neighborhood becomes more inhabited and 2 more groups are opened. In 1950 the garden is named "Chaika" and accepts the children of Kamenitza II neighborhood.

Under the new demographic conditions, Plovdiv Municipality decides to invest in a completely new facility, and in 2015 the aforementioned building is demolished, in order to build the most modern kindergarten in Bulgaria. The construction of the new building, which is unique for the country, is almost completed. The project of “Chaika” Kindergarten includes two floors with a total area of 2700 sq. meters. Its capacity is planned for 8 groups of 22 children in full-time mode of stay.

There is adequate space provided for a single child under the requirements of the regulations for kindergartens.

The building is situated in a way, so that the children's groups are oriented to the south-southeast, and at the same time there is more greenery in front of them. The kindergarten is located in a park and each child will have contact with nature. The layout is designed with the aim to fully preserve the large vegetation. A construction of an additional module for two more groups oriented to the east is also planned in the future.

The project of the kindergarten seeks a memorable architectural image. The design is inspired by the latest architectural trends. The building develops in an upward spiral and the smooth ascent allows easy access to the roof. At the same time its round forms make it more organic and open, claiming for analogy with nature and its creatures. Besides being modern and beautiful, the new “Chaika” distinguishes itself with its functionality. The project is innovative and unique for Bulgaria. The garden has its own thermal power station, and each group is provided with a separate entrance. The kindergarten also has a kitchen, which serves as a milk kitchen and will meet the needs of children and mothers from the area. The construction of air conditioning and ventilation system is provided.

Each of the 8 groups will have a play area outdoors, and the yard will be landscaped and equipped with the latest attractions for children. The garden is also provided with a swimming pool. The building is equipped with a solar roof system that will be used for water heating in the rooms, as well as for the pool, in order to save energy and achieve and overall energy efficiency. The project's unique kindergarten also has a gymnasium and 25 parking lots.

Information about suppliers of materials, technologies and solutions used in the implementation of the building: The main flooring in the rooms of the children's groups is an environmentally friendly linoleum from Tarkett, and the window frames are of five-chamber PVC. The children's outdoor play equipment is mounted on shock-absorbing flooring and it is certified according to EU standards. The facade insulation system is Ceresit. 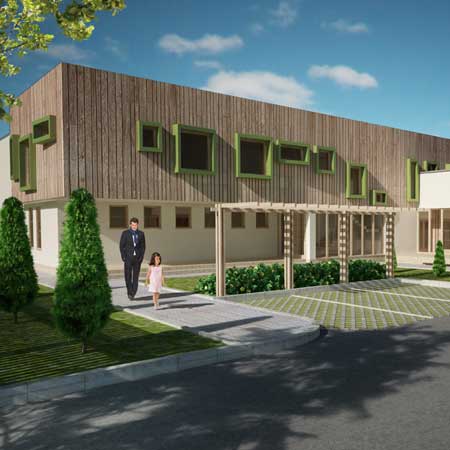 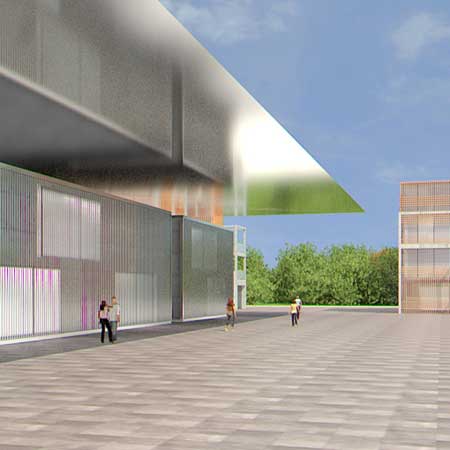 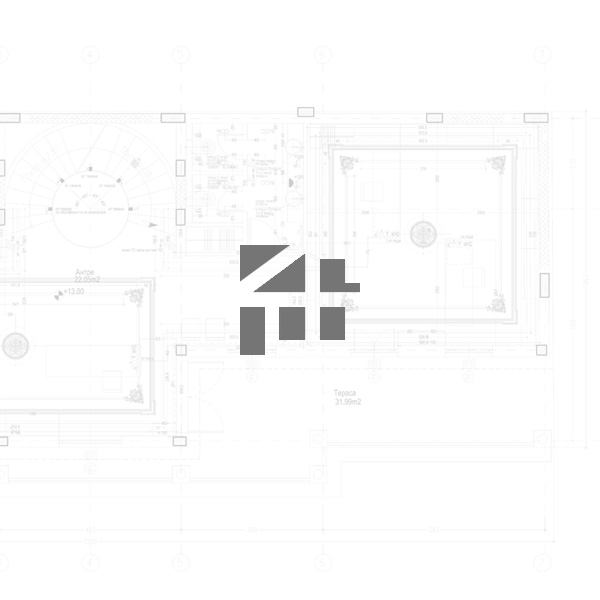